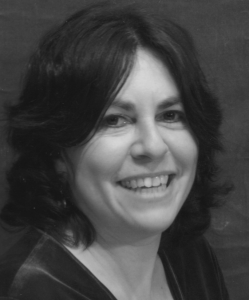 Kelly Davis went to after-school drama classes as a child in London. (Emma Thompson went to the same drama teacher but somehow made rather more progress!) Kelly moved to Maryport in 1989 and has appeared in many productions with Cumbrian theatre groups, particularly the Workington Playgoers and the Theatre Royal Shakespeare Players. Her previous outings with Cockermouth Amateur Dramatic Society include The Sneeze (2016) and The Way of the World(2017). She hopes she is nothing like Jean Horton but she has very much enjoyed channelling her inner diva in this Seasons Quartet